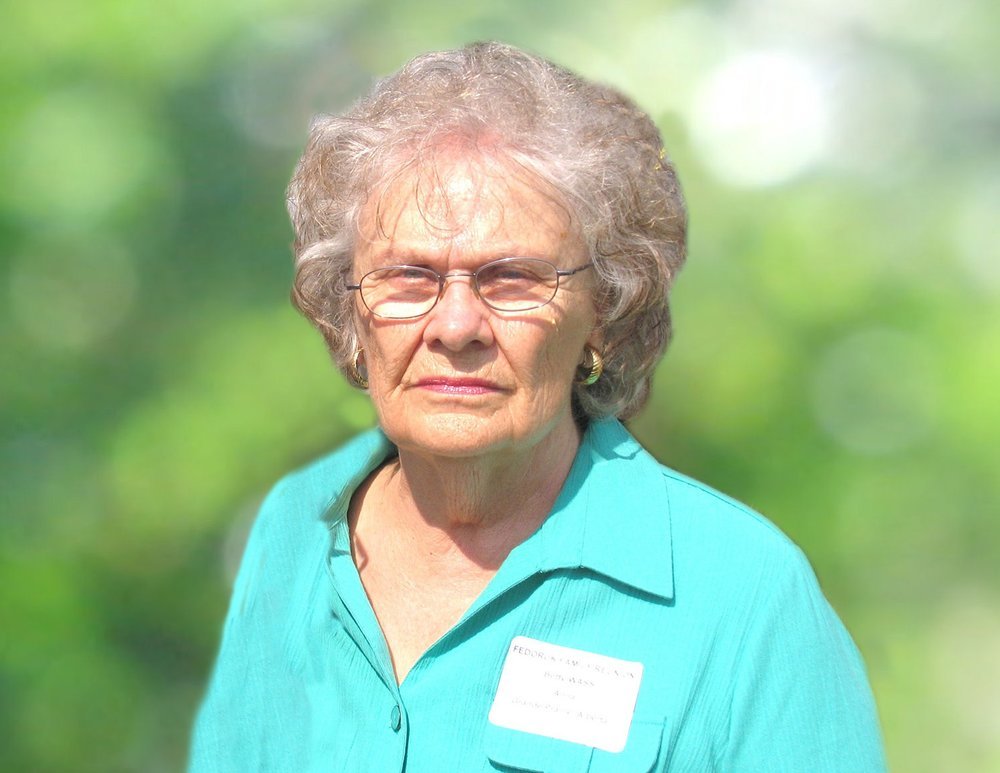 Elizabeth A Wass was born March 10,1932. She was of five children, having a brother Edward, Lorne, Ernie and sister Mary Jane.

In 1968, moved to Whitecourt, Alberta and went to work for Forestry Services and Dad Peace River Oil Pipeline.

In 1973, moved to Calgary, Alberta and went to work for Social Services and Dad the Apprenticeship Branch.

They lived in the city for a few months and then they purchased an acreage just outside of Calgary in Delacour.

In 1977, moved to Grande Prairie for a promotion that was offered to Dad as Supervisor with the Apprenticeship Branch. Mom also transferred her job and became a Supervisor for Social Services.

Again, they lived in the City of Grande Prairie for a few months and then the Country life was calling again, and they purchased a small farm in which they raised some horses, cattle, Chickens and Mom had to have her Cats. Dad put a crop in every year also. Mom always had a garden in which she planted her potatoes, garlic, onions, carrots, lettuce, cucumbers and cabbage. There was never a shortage of food around the house and the best home cooked meals in the County. Mom Was a social butterfly. She was always on the phone talking with someone about current affairs or reminiscing about the past. There was also more than one occasion when someone called to get some advice from Mom. She was a natural problem solver and that’s what made her such a great Supervisor at work and great at solving everyday problems. When her Grandson CJ was born in 1992, taking care of him when needed and doing things with him always put a smile on her face. She was very proud and protective of her family.

She will be missed and lovingly remembered by her son Ernie, and grandson Crossland. She is also survived by her sister Mary Jane (Val), brothers Lorne and Edward, brother Ernie (Elaine) sister-in-law Chris Wass, uncle Joe (Kay) Chilibeck, as well as numerous nieces, nephews and cousins.

In closing, Betty was not only a wife, a mother, mother-in-law, grandmother, a sister, and sister-in-law, but a very special friend to a lot of people. Betty, may you go in peace and know that you will be always loved and missed.