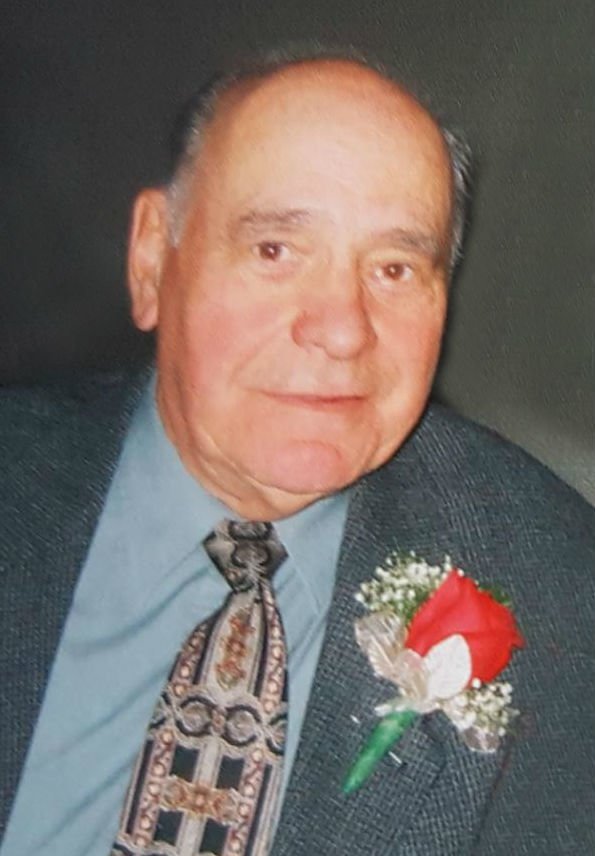 With heavy hearts we announce the passing of Edward a.k.a. “Fast Eddie”.  He leaves to mourn his devoted and loving wife of 63 years, Tillie, children Susan (Dave) Manchak and daughters Jessica and Katie; Wayne (Louise) and son Cole Babych; and David (Diana) and sons Terence (and son Hurin), Ty, Kolton, Jaret and Cal Babych.  He is also survived by his siblings Lakeria, Steve (Ollie), Anne (Erwin) Simon, Gloria (Elmer) Skrukwa, Vickie (Fred) Thero and Bertha Lardner (Bob); brother-in-law Bishop Severian and sisters-in-law Anne Yakimyshyn and Amy Yakimyshyn, along with numerous family and friends.  He is predeceased by parents Mike and Mary and sister Leona.

Edward was born in Musidora, AB, finished high school in Two Hills, attended Red Deer College, met and married Tillie and moved to Edmonton.  They raised 3 children and were involved in the Newton community in which Edward coached hockey and baseball.  He worked for Edmonton Telephones for over 20 years until he realized his dream and opened Vegreville Sports World.  Sports was his passion; he continued to play baseball until age 64.  After retiring, his biggest joys were life on the farm, antique collecting, his 8 grandchildren and one great grandchild, coffee with friends and golfing with the Antique Road Show.

A Funeral Service and Celebration of Life will be held at 12:00 noon on Monday, December 2, 2019 at the Two Hills Centennial Hall in Two Hills, AB with a private interment to follow.

In lieu of flowers, donations may be made to the Two Hills Long Term Care Centre.  Our heartfelt appreciation to the amazing staff who looked after Edward over the last 3 years; you were like family and he loved you all.

To send flowers to the family or plant a tree in memory of Edward Babych, please visit Tribute Store
Monday
2
December