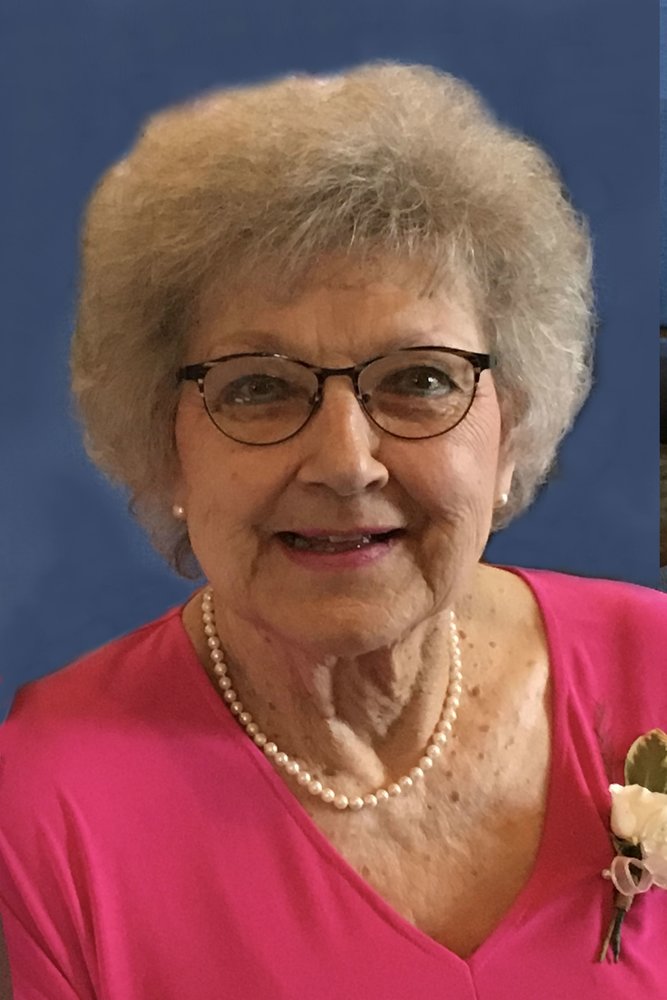 Please share a memory of Doreen to include in a keepsake book for family and friends.
View Tribute Book
WOYNAROWICH, Doreen Laura 1940-2020 Doreen Laura Woynarowich (nee Harter) of Vegreville, Alberta went home to be with her Lord Jesus Christ on December 29, 2020. Doreen was predeceased by her husband of 36 years, Victor Woynarowich; parents, Edward and Alma (nee Gienger) Harter; brothers, Irvin and Lawrence Harter; and sister, Adella Mammel. She is survived by her daughter Tammy Riemer (Harold); grandchildren Nicholas Riemer, Hannah Van Mulligen (Matthew), and Christian Riemer; sisters Lillian Gereluk (Metro) and Thabea Brennan; brother Alvin Harter (Lucy Doolaege); and numerous nieces and nephews. Born and raised on a farm southeast of Vegreville, Doreen married Victor on April 22, 1960 and welcomed their daughter Tammy in 1963. Together, they lived and worked with Doreen’s parents on the farm until 1966 when they moved to Vegreville. Doreen was a hard worker her whole life and never really retired. She was employed by a variety of businesses in Vegreville over the years (e.g., Avenue Dry Cleaners, Vegreville Plumbing and Heating, Tower Plumbing and Heating, and most recently, Walmart) and, together with her daughter, ran a seasonal ice cream parlour from 1998 through 2008. Following her decision to follow Jesus Christ as Lord and Saviour in 1996, Doreen was actively involved with the congregation of the Vegreville Alliance Church where she served and ministered in a number of capacities including the choir, AWANA, hospitality, and as a trustee. Although she faced a variety of health challenges as she got older (cancer, diabetes, heart disease), she never slowed down. Doreen very much enjoyed spending time with her grandchildren - particularly camping and fishing in Prince Albert National Park in the summers or cheering them on at their hockey games. She made a habit of vacationing with her sisters, Thabea and Lillian; together they travelled to Europe, the East Coast of Canada, the Sunshine Coast, and Mexico - often with her daughter Tammy acting as tour guide. Doreen loved to host holiday gatherings in her home, where she would “cook up a storm” for family and friends. Doreen impacted the lives of many people and, while she will be missed, we look forward to our reunion with her (Revelation 22:3-5). A special thanks to the medical team in unit 5A6 at the Mazankowski Heart Institute who cared for Doreen in her final days. In particular, Drs. Sehgal & Butler, and nurses Renee, Sarah, Fran, Sharon, Billie, Carrie, Emily, Asmaa, and Veronica who treated her with such kindness,compassion, and love. In addition, thanks to her family physician Dr. Strydom who cared for Doreen over the last few years. A private service celebrating Doreen’s life and the hope she had in Jesus Christ will be held at the Vegreville Alliance Church followed by the interment and committal service at Riverside Cemetery. The livestream of the service will be available on Wednesday, January 6, 2021 at 11:00 a.m. by accessing it at http://www.vegrevillealliance.org In lieu of flowers, donations may be made to Vegreville Alliance Church (4606 - 55 Ave, Vegreville, AB T9C 1G3; info@vegrevillealliance.org ; 780 632 2261)