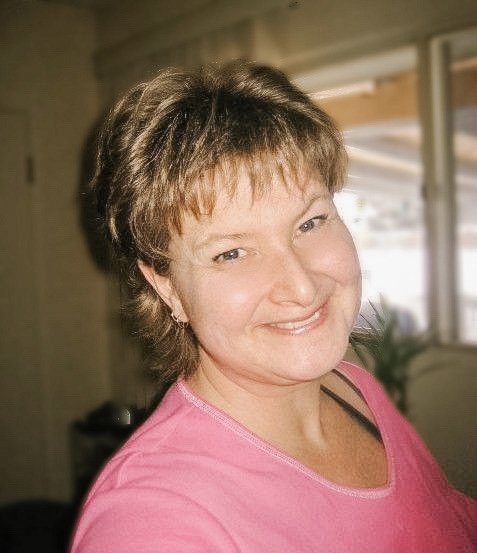 Please share a memory of Doris to include in a keepsake book for family and friends.
View Tribute Book
WATCHORN, Doris Louise April 17, 1966 – December 25, 2020 Doris Louise Watchorn, daughter to Jack & Pat, was born in FAIRVIEW, AB on April 17, 1966. She was raised on the family farm along with her older brother, Wade. She was the apple of her Dad’s eye, had a love for animals, for people, and for adventure. In 1983 she gave birth to the love of her life, her daughter Pamela. She attended Fairview College in 1985 where she earned her diploma. Doris moved to Peace River where she and Pamela settled in. Doris spent her earlier years there working for the Provincial Government, at Fish & Wildlife and later Forestry. Where she met and spent the next 20 years with a loving husband, Paul, until 2014. Her passion for helping people later led her into various roles in that field. She spent time as a volunteer at local care centers doing Pet Therapy with her dog, Teka, and later working as the Assistant Coordinator for Peace River Victim Services. Doris made friends quickly wherever she went whether it was at work, neighbours, or in the grocery store line-up. She was hard to miss with a twinkle in her eye, a big smile, and a quick wit. Her love for “her people” ran deep and wide. If you were her friend, you were her family. Sadly, Doris’s more recent years brought on new challenges both physically and mentally. She fought those challenges the best she could for as long as she could and is now able to rest. Doris leaves behind her daughter Pamela and grandson Bennett, Mother Pat (Gerry) Turner, Brother Wade, nephews Richard and Michael, friends who became family, as well as Aunts, Uncles, and cousins, whom she loved dearly. Doris is predeceased by her Father Jack. Among other loved family members and friends passed. In lieu of flowers please consider donations to the MS Society, Alberta Mental Health, an Animal Shelter, or buying a coffee for a stranger. Due to Covid-19 restrictions, a celebration of Doris’s life will be held at a later date.