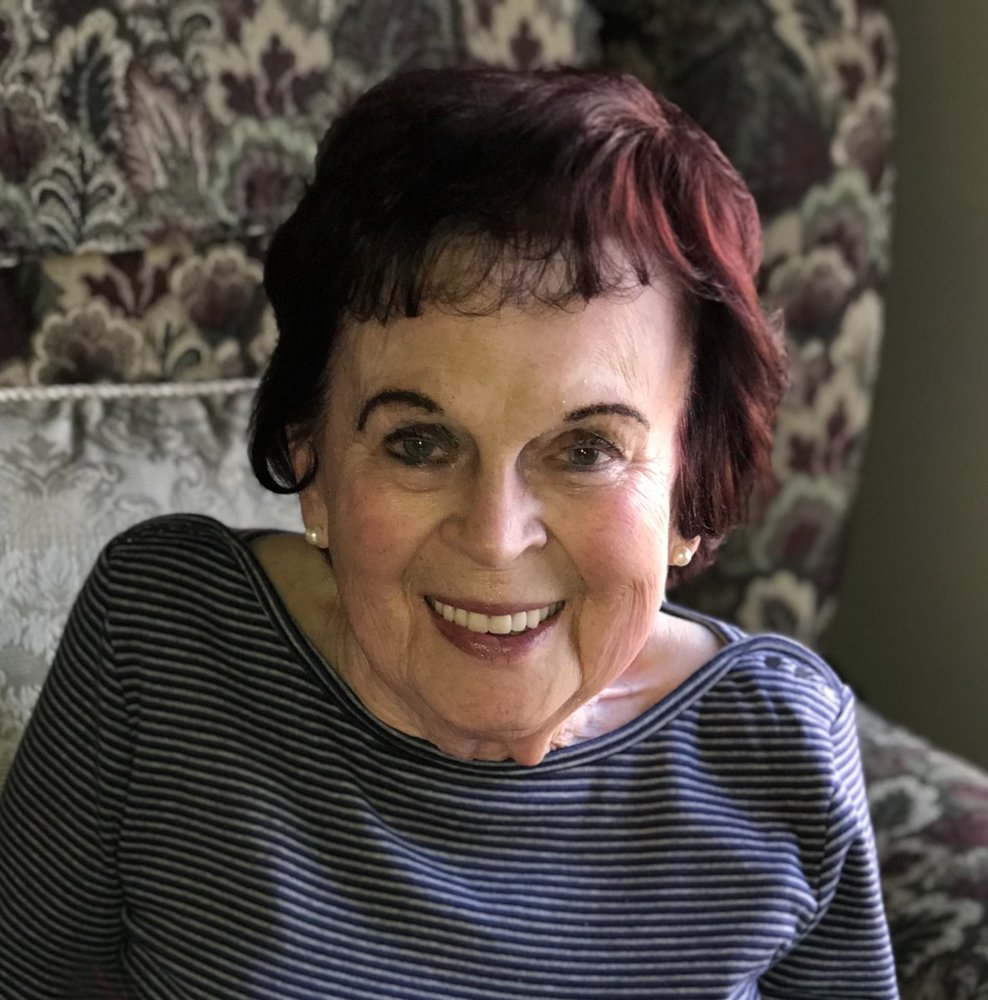 Please share a memory of Olga to include in a keepsake book for family and friends.
View Tribute Book
YOUZWISHEN, Olga On the morning of Sunday February 7, 2021, a light was extinguished from our world. With heavy hearts we are sad to announce the passing of OLGA YOUZWISHEN, at the age of 85, after a courageous and brief battle with COVID-19. Eldest of eleven children, Olga was born to Michael and Kalyna Fodchuk on April 17, 1935, in Slawa, Alberta. As her younger siblings were quickly filling the Fodchuk farmhouse, Olga decided to leave home and school at the tender age of 16 and lived in nearby Myrnam with her Aunty Anne and Uncle Bill, where she worked at Besney’s Shoe Store. Olga lived most of her married life in Vegreville. For the past 18 years, she had resided in Bonnyville to help her youngest daughter with their growing family and lived out her last 8 months at Bonnyville Extendicare. Olga loved to dance, and it was at a country dance in Myrnam that she met and fell in love with Orest Youzwishen. They were married in 1953. As a young wife and mother of 2 (at the time), with no formal education, and long before easy access to how-to videos on “da internet”, Olga was able to teach herself many of the skills that we now remember her being a master of, including cooking, baking, sewing, tending to her flower gardens, designing, decorating, and lots of entertaining. Working alongside Orest in their photography business Ernie’s Photo Studio, in Vegreville, Olga further developed her artistic talents, while arranging countless bridal parties during long (and sometimes very hot) photo sessions, hand painting black and white photos, assembling albums and framing many pictures, of course, without a speck of lint or dust on the glass. Later in life, Olga worked at Vegreville Sewing Center, Vegtel, and she owned and operated her own cleaning company. Olga was not afraid of hard work, in fact, the more the better! It seemed she always had energy to burn, aided by taking a cat nap of no more than 10 minutes some afternoons. While most of us try to "learn to live in the moment", Olga just did. She took on life the way it presented itself, not the least of which, was having 2 more children at the age of 38 and 40, a daughter and son. Despite being busy with life’s obligations, Olga always made time to sit down, visit and enjoy a chat, a laugh, and perhaps a little drink, with friends and relatives. She was not afraid to speak her mind though, leaving us with many memorable moments to smile, laugh and perhaps even blush over. Olga never set out to be the center of attention, but her dynamic personality, enthusiastic voice and sparkling smile helped everyone around her feel like they were her best friends, and in her eyes, they were. She is remembered for her beauty and meticulous style, as she always liked to look her best. She was naturally generous, because, as she would say, "It gave her a good feeling inside". Whether it was giving out homemade pies or muffins, delivering beautiful flower arrangements, or giving Birthday and Christmas cards to her children and grandchildren with crisp dollar bills (from the bank teller, no less), she always tried to make those close to her feel special. Of course, the telephone (aka, the landline) was another way that Olga stayed connected to those near and dear, even when lengthy phone conversations resulted in a very long busy signal for the rest of us. Olga devoted her life to the well-being of her children and grandchildren; with an early morning call on every birthday, a "How was your day?" call on any day, and care packages of wonderful Ukrainian food that only a mom could make, “the best”. After visits with her children, Olga would often share sentiments like, “It’s great to be together, and I hate to part”, while wishing them Health, Happiness, Patience and God’s Blessings. Olga Youzwishen is survived by her three children: Odette, Odessa (Michael) and their sons, Taras, Kaelem and Daelyn, and Oliver (Carrie) and their sons, John and William. Olga was predeceased by her loving husband Orest (1994), her daughter Olivia, and her grandson Karim. Olga is also survived by her nine siblings, and many nieces and nephews. Due to current guidelines for gatherings, a private funeral service was held on Friday, February 12, 2021 at 1:00 pm at Autumn Rose Funeral Home in Vegreville with Father Peter Haugen officiating from All Saints Ukrainian Orthodox Cultural Church, St. Paul. Interment took place at Riverside Cemetery. As an expression of sympathy, think about Olga as you plant your flowers this spring or memorial contributions may be sent to the Alzheimer Society of Alberta or the Arthritis Society.