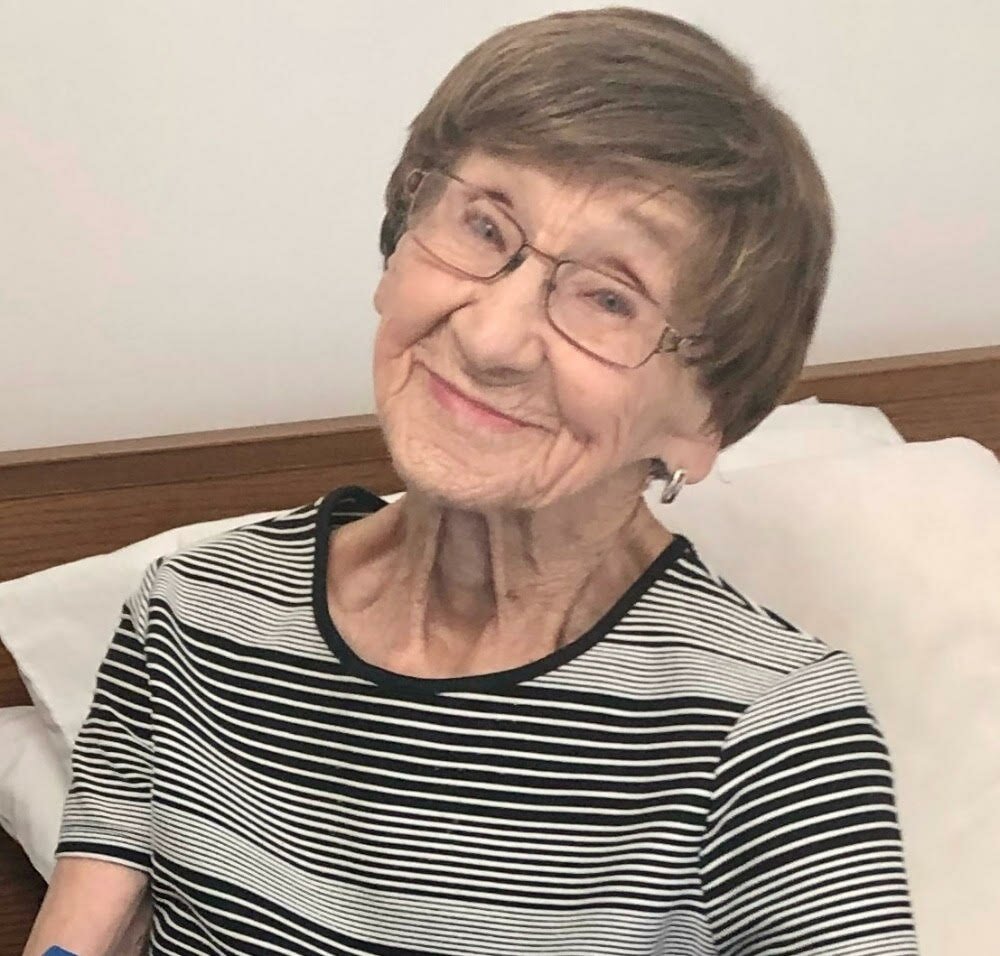 Obituary of Anne May Iftody

Please share a memory of Anne to include in a keepsake book for family and friends.
View Tribute Book
IFTODY, Anne May May 22, 1921 – January 27, 2022 Anne May Iftody was a caring wife, mother, baba, great-baba, auntie, sister and friend. She left this world on January 27, 2022 and although she lived a long and rewarding life to over 100 years of age, her passing somehow feels too soon for those who knew and loved her. She was born to Jacob K and Mary Olinyk on May 22, 1921 on a farm near Two Hills, Alberta. Setting the stage for her local celebrity status, she was crowned the Two Hills Hockey Carnival Queen not once, but twice in 1937 and 1938. Soon after, she met the love of her life, Metro Iftody, at a fundraiser where he boldly purchased all the tickets she was selling in order to get her to dance. That fateful night was the start of their courtship; they went on to marry in 1940 and had two cherished daughters, Patricia and Arlene. Family was first and foremost in Anne’s life; whenever she came to visit, her arms would be overflowing with everyone’s favourite treats. She was generous with her time, often showing up before you knew you needed her. She radiated love and laughter, spreading joy with every tune she hummed or piece of candy she’d put in your hand from her pocket. Anne was also known for her tireless work ethic. At a young age she helped her family on their farm and later at her Father’s general store. Once married, she took on the role as Metro’s secretary when they opened their local business, Iftody Farm Equipment. She later devoted over 20 years to the Two Hills Post Office, where she got to know everyone in the town by their mailbox numbers. Not surprisingly, she was nicknamed the “energizer bunny”. Anne was a natural leader and enthusiastic volunteer. One of her greatest accomplishments was her dedication to the Ukrainian Women’s Association, where she was recognized for nearly 80 years of service. She was a founding member of the Two Hills Hospital Auxiliary, sharing her positive energy while tending to patients and organizing fundraisers. Through these experiences she also met many of her treasured friends who became like family. Anne’s kind hearted nature was noted by everyone she encountered; she loved to show her affection through delicious Ukrainian meals, cinnamon buns, cookies, as well as time spent talking over coffee. Her kitchen table was often filled with friends, neighbours and family, laughing over jokes and playing lively card games. Her luck at Rummy was unmatched! The door was always open and the Iftody house was like home to many. Anne was truly a gem of every colour. Anne is survived by her two daughters: Pat Dehid and Arlene (Terry) Danchuk; four grandchildren: Jeffrey, Jamie (Al) Morosin, Chelsea and Jordan (Jen) Danchuk; three great-grandchildren: Avery, Katelyn and Harvey; two sisters-in-law, many nieces, nephews and their families. Anne was predeceased by: parents: Jacob K and Mary Olinyk; husband: Metro Iftody; siblings: John, Roseland (Harry) Bachinsky, Rose (Mike) Dowhaniuk, Alex (Betty), Nick and Mike; son-in-law: Marshall Dehid. A Private Funeral Service will be held on February 3rd at the Holy Trinity Ukrainian Orthodox Church – Two Hills, Alberta with Father Peter Haugen officiating. Interment to follow in the Holy Trinity Ukrainian Orthodox Church Cemetery. ****Please Note**** To view Anne's Funeral Service please follow this link on Thursday, February 3, 2022 at 10:00 a.m. https://www.mattfosseyent.ca/anne-iftody/ In lieu of flowers, donations can be made to the “Holy Trinity Ukrainian Orthodox Church – Two Hills” or the “Two Hills Hillside Lodge.” Вічная Пам‘ять