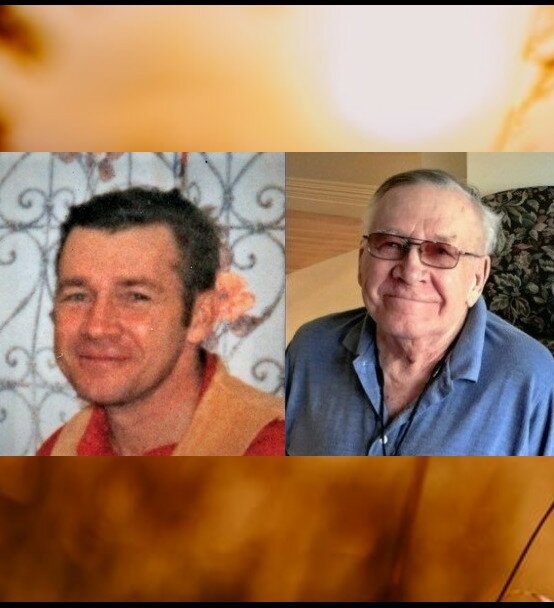 Please share a memory of Vitold (Vito) to include in a keepsake book for family and friends.
View Tribute Book
PAUKSZTO, Vitold (Vito) With hearts full of love, we say “See ya” to our husband, dad, grandpa, great-grandpa and friend who passed peacefully August 21, 2022. Vito was born in Scott, Saskatchewan in 1930 as a twin to sister Mary and younger brother to Elsie. Growing up on a farm in the Lloydminster area as the only son of immigrants, Vito was a true self-reliant prairie-boy. His high school years saw him do one-year of school by correspondence while honing his farming skills, developing his athletic prowess, and even winning a dance competition. His working life progressed from 13 years as a station-operator with CN (morse-code was his second language), to a mechanics shop business owner, a farmer, a gas-plant operator, and to a semi-retired ‘golf-course builder’. Vito settled in Mannville in 1966 as a single father to 3 children (Greg, Gail and Kelly), a highly unusual undertaking at that time. He made many sacrifices; his love and wise guidance during those times have served them well; their love and respect for him ever-enduring. Vito eventually found his true love in Doris (nee Syer/Laurenceson), in Mannville. She and her sons Brad and Darrel widened his circle of loved ones with their families; he found his ‘home’ with them, where his mischievous sense of fun had found a match. He deeply loved his family… his 3 children, two step-sons and the many grandchildren and great-grandchildren. Nothing brought him more joy or pride than talking about them all! Vito was a natural athlete, evidenced by his Chailey Picnic foot-race victories, against much younger men. And let’s not forget the “Who can kick the chandelier?” contests! He loved hockey, having played as a goalie, and was an avid fan at minor hockey games. He excelled at golf, having won a few tournaments in his day, and he was a regular at the Mannville course, which he was so proud to have helped build. A great dancer, he taught his daughters by having them stand on his feet until they learned the steps. A favorite memory for them. The boys, on the other hand, had many adventurous trips with him, learning to fish and hunt. Vito loved music… all types of music. To pin him to a favorite genre was near impossible, but since he played the trumpet (self-taught) he might say he leaned to Herb Albert and the Tijuana Brass. Many fun-filled trips to the Big Valley Jamboree with ‘the gang’ might rival that though. His children can attest to his love of reading and learning; he went through an Encyclopedia series one winter! His grandchildren were the beneficiaries of his great story-telling; he had some good ones! While Vito has been described as easy-going, those who knew him well would acknowledge he could be quite stubborn - when it counted. That said, in his retirement years he would meet daily with his coffee-buddies at the Café to choose a headline to debate, and if there were none of interest, they would switch sides to re-debate the previous day’s headline! His final years were spent at the Vegreville Care Center, where he created bonds with a most kind and caring team of healthcare experts, to whom his family is ever-grateful. To sum, Vito was a good man. May you all take a moment to reminisce on the times he made you smile. And Dad, while you’re ‘Swingin’ on a Star’, looking for ‘A Taste of Honey’ know that ‘You Are Always On My Mind’. There will be no service by request, a celebration of life will be held at a later date. In lieu of flowers, please donate in his memory to the Mannville Minor Hockey Association, Mannville Riverview Golf Course or Patient Comfort Society - Vegreville Care Centre