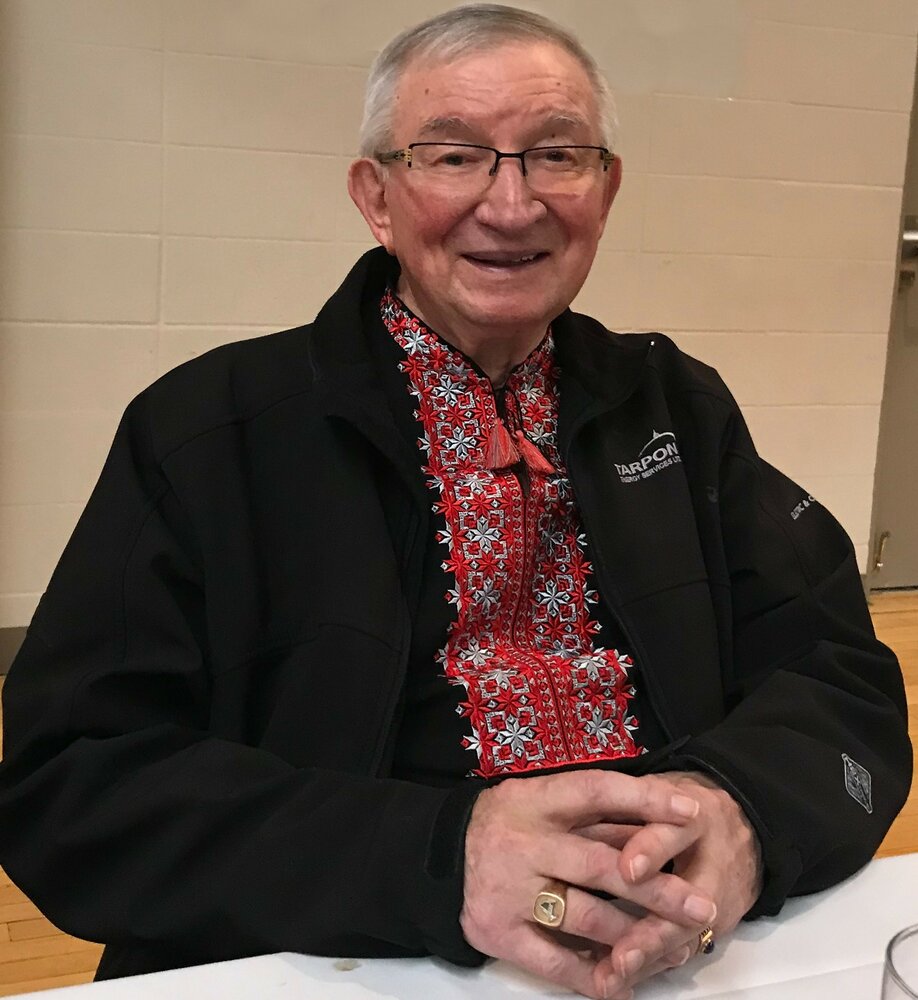 Please share a memory of William to include in a keepsake book for family and friends.
View Tribute Book
FORCHUK, William January 17, 1938 – October 23, 2022 William (Bill) Forchuk, the eldest son of Katie and Alexander Forchuk was born January 17, 1938, in Alder Flats, Alberta. Attending his birth in a log cabin was the municipal nurse and his father. Bill died October 23, 2022, in the Vegreville Care Centre eventually losing his years – long battle with the devastating effects of Parkinson’s disease. During his last week of life, he was surrounded by his family and under the tender care of the Vegreville Care staff. His passing is mourned by his wife Wilma; sons John (Becky), Jason (Kathleen) and daughter Nancy (Bryan) Worobec. His love and pride in his seven grandchildren Brenden, Matthew, Fraser, Kailee, Christopher, Owen, and Gavin was an integral part of Bill’s life and being. He is survived by his loving sister Mary Perodie. Bill was predeceased by his brother Victor in 2021. Bill’s gregarious and outgoing personality was appreciated and admired by many friends and the member of his extended family. A private memorial service will be held at Autumn Rose Funeral Home in Vegreville, Alberta with Reverend Pamela Milton officiating. A Public Memorial Service honoring his life’s achievements and community connections will be held on Saturday, November 12, 2022 at 2:00 p.m. at the Valleyview United Church in Valleyview, Alberta with Harold Imes officiating. In lieu of flowers, donations may be made in support of a charity of your choice or to “Parkinson’s Canada” (www.parkinson.ca)
Saturday
12
November