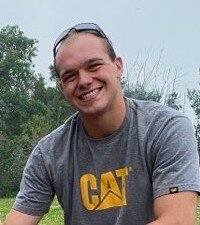 Please share a memory of Cole to include in a keepsake book for family and friends.
View Tribute Book
KOROLUK, Cole Brant December 14, 1997 – January 2, 2023 It is with extreme sadness that the Dubuc and Koroluk families announce the sudden and tragic passing of Cole Koroluk of Vegreville, Alberta at the age of 25 years on Monday, January 2, 2023. Cole is survived by his mother Aline Dubuc; his father Brant Koroluk and his only brother Brett Koroluk; his grandparents Albert and Stephanie Koroluk and Betty Dubuc; along with numerous aunts, uncles, cousins, relatives and friends. Cole was predeceased by his maternal grandfather Henri Dubuc; his uncle Randy Leliuk and his great-grandparents. A Mass of Christian Burial will be celebrated by Father Robert Lee on Monday, January 9, 2023 at 11:00 a.m. at St. Martin of Tours Roman Catholic Church in Vegreville, Alberta. A private interment to follow for the immediate family only. Fellowship to follow in the Vegreville Social Centre. In lieu of flowers, memorial donations may be made to the “Stollery Children’s Hospital Foundation.”
Monday
9
January