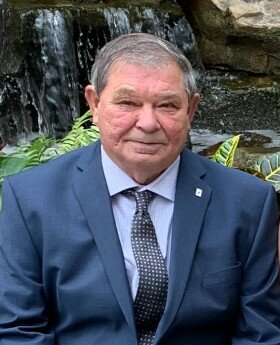 Please share a memory of Terry to include in a keepsake book for family and friends.
View Tribute Book
\RADZICK, Terry December 23, 1950 – January 11, 2023 On Wednesday, January 11, 2023, Terry Radzick of Mundare, Alberta passed away at the age of 72 years. Terry is survived by his loving wife of 48 years, Gloria; son Clayton; sister Shirley Dometraschuk; mother-in-law Emilie Lucyk; sister-in-law Darlene (Byron) Swabb; brother-in-law Dennis Flasha; along with numerous relatives and friends. Terry was predeceased by his son Sheldon and his parents Bill and Sophie Radzick. Friends and family will reminisce over the great memories they shared with Terry during their sporting events, camping, hunting and fishing trips. His confidences and zest for life brightened our days. A Divine Liturgy of Christian Burial will be held on Monday, January 16, 2023 at 10:00 a.m. at Sts. Peter & Paul Ukrainian Catholic Church in Mundare, Alberta with the Basilian Fathers officiating. Interment to follow in the church cemetery. In lieu of flowers, memorial donations may be made to “Alberta Lung Association.” "Memory Eternal"
Monday
16
January