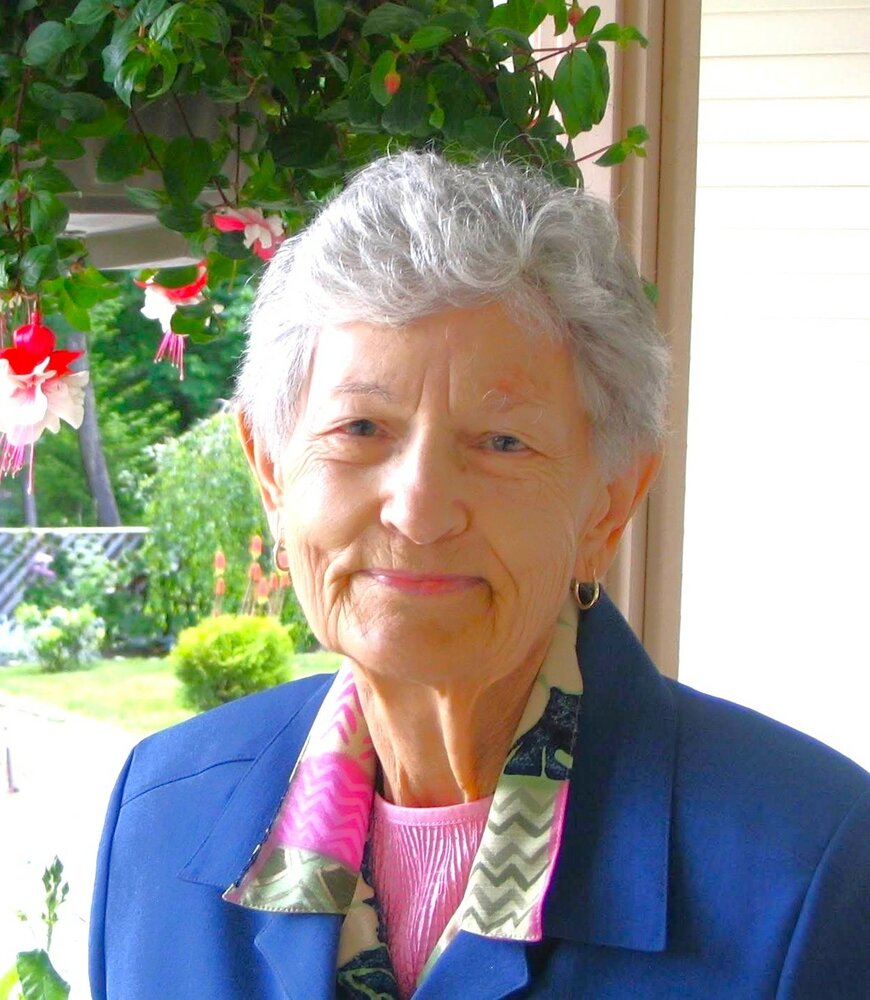 Please share a memory of Nellie to include in a keepsake book for family and friends.
View Tribute Book
MISSING YOU ALWAYS, REMEMBERING YOU FOREVER Nellie (Natalka) Mae Wasyleski (nee Wynnychuk), age 101, of Vegreville, Alberta entered her eternal rest on January 16, 2023. Born on the family farm near Raith (Royal Park) Alberta on March 26, 1921, Nellie had a close and loving bond with her mother, Helen, and eight siblings. She married Andy Wasyleski in 1940, after completing a year of nursing training at the St. Joseph’s General Hospital in Vegreville, where she soon realized that nursing was not her calling. Nellie was very dedicated to the Vegreville community, and for many decades was an active member of the Holy Trinity Ukrainian Catholic Church and Ladies League, of which she was Treasurer for three years. She also enjoyed doing Pastoral Care at St. Joseph’s Hospital, which she did into her 80’s. Always ready and willing to travel and come to the aid of her children and grandchildren, Nellie often drove, flew or took the bus to lend a hand whenever she was needed. She loved to travel and visit new countries and places, and was fortunate enough to have joined several church-organized trips, including a very special one to Medjugorie, Portugal. Her lifelong passions were doing crossword puzzles and reading, and she was a frequent visitor and supporter of the Vegreville Public Library, where it became difficult to find a book she’d never read! She also enjoyed knitting and crochet work, and loved to tend her garden and reap the benefits of fresh vegetables. Many traditional twelve-dish Ukrainian Christmas Eve dinners were enjoyed at her table. Predeceased by her husband (Andy), grandson (Michael Strothard), son-in-law (Leo Goshko), and great-granddaughter (Christine Goshko), Nellie leaves to mourn her three children Wayne Wasyleski (Maxine) of Nanaimo, Patricia Goshko of Edmonton, and Joan Mettauer (Heinz) of Medicine Hat. Also left to mourn are her sister Elsie Golinowski of Edmonton, her grandchildren Trevor, Chris, Kimberly, David, Brenda and Gail, along with great-grandchildren Xavier, Vince, Vera, and Lincoln. A private funeral service will be held at Holy Trinity Ukrainian Catholic Church in Vegreville, Alberta with the Basilian Fathers officiating, followed by interment in Riverside Cemetery. In lieu of flowers, expressions of sympathy may be made to the Aid to Ukraine payable to the Ed Stelmach Community Foundation - P.O. Box 70, 4902-50 St.,Vegreville, AB.,T9C 1R1