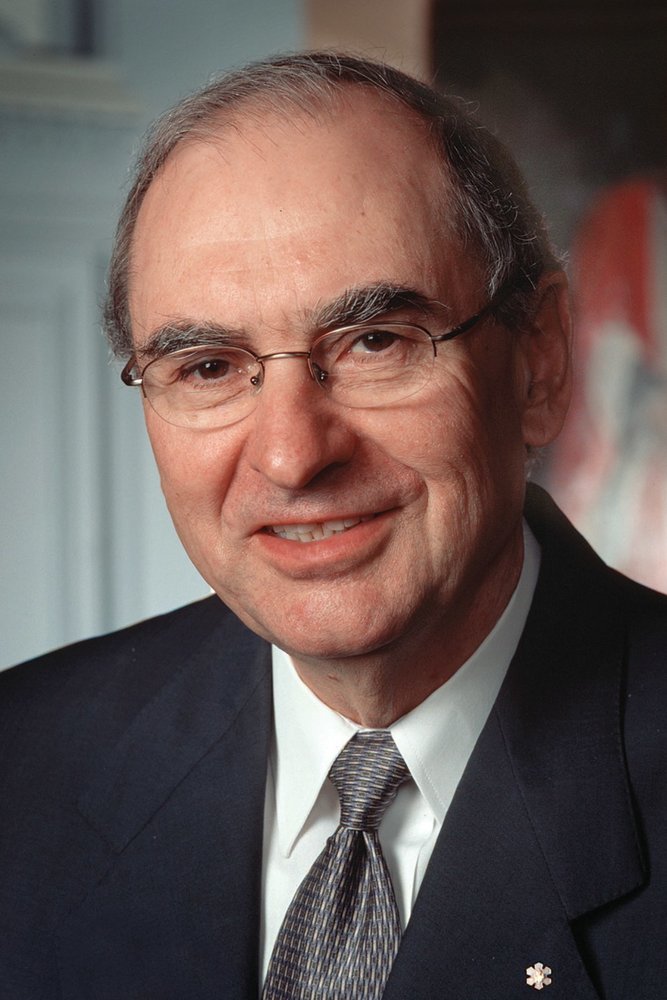 Please share a memory of Donald (Don) to include in a keepsake book for family and friends.
View Tribute Book
MAZANKOWSKI, Donald (Don) July 27, 1935 – October 28, 2020 On October 28, 2020, the Right Honourable Donald (Don) Frank Mazankowski (85) passed away and is now in the warm embrace of his Father in heaven. Don will be lovingly remembered in the hearts and souls of his family: his wife of 62 years, Lorraine; his brother Emil; sons Greg (Cheryl), Roger (Sheryi), Don Jr. (Lisa); his grandchildren Matthew (Haylee), Dillon, Megan, Morgan, Mackenzie, Frank, and Leo; and his great grandchildren Asher and Lily. Don was predeceased by his parents Frank and Dora (Lenowski) Mazankowski; and his sisters Albina Pratt and Leona Dudek; and his brother Ray. First and foremost, Don was a loving husband, father, grandfather, and great grandfather – a legacy that he shared with his partner in life, Lorraine. Just as he loved his family, his love of country and fellow country men and women was unparalleled. He devoted his life to public service for the betterment of his nation. He was a man of faith and was widely known as a humble and principled man – a man who garnered respect from all who met him and who was genuinely liked and admired by all. Given the circumstances of COVID-19, the funeral will be for family only. A public memorial and celebration of Don’s life will be arranged when circumstances permit. In lieu of flowers, donations in memory of Don may be made to the Mazankowski Alberta Heart Institute. 8440 - 112 St.NW, Edmonton, AB., T6G 2B7.