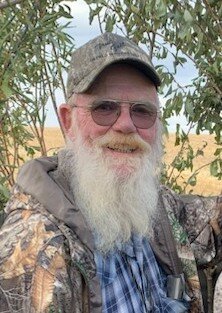 Please share a memory of Rod to include in a keepsake book for family and friends.
View Tribute Book
WHITE, Rodney Cecil It is with deep sadness the family of Rodney Cecil White announce his sudden passing in Camrose, AB, on January 5, 2023. Rod, the youngest child of Cecil and Agnes White, was born in Medicine Hat, AB on April 15, 1959. He was raised on a farm near Jenner, AB. It was there that he met Maritta Hohloch, of Medicine Hat, while she was teaching Kindergarten in Jenner. They were married on October 15, 1988. Rod and Maritta were blessed with three children—Cecil, Samantha, and Makayla. His family was Rod’s greatest pride and joy. In 2000, the lure of trees and greener pastures called to Rod, so the family purchased land at Ranfurly, AB. The cattle, machinery, house, and family all relocated in 2002. Ranfurly became the home where they would raise their children. Rod is survived by his loving wife of 34 years, Maritta; son Cecil, and daughters Samantha and Makayla; his brother, Neil; sisters Janet Coffey, Jackie Wambolt, Suzanne VanEgmond, Donna Koropczak (Peter) and Ruth Frank (Larry); sister-in-law Heidi Okell (Dave); mothers-in-law Dena Hohloch and Mary Hohloch; and numerous nieces, nephews, cousins, aunt, and friends. Rod was predeceased by his parents Cecil and Agnes White; brothers Chuck, Eric, and Paul, and father-in-law Walter Hohloch. Rod had a strong will and courageously fought an eleven month battle with cancer until the day his heart could take no more. Rod’s outgoing personality, his love, and his cheerful “Hello there!” when he answered the phone will be missed by his family and all who knew him. A Funeral Service will be held on Friday, January 13, 2023 at 2:00 p.m. at St. John’s Lutheran Church (4513 Maple St.) in Vegreville, Alberta with Pastor Greg Kjos officiating. The family would like to extend a thank you to the staff of the Cross Cancer Institute in Edmonton, St. Mary’s Hospital in Camrose, and Two Hills Hospital for their compassionate care of Rod. In lieu of flowers, please consider a donation in Rodney’s name to the “Alberta Cancer Foundation” or "Riverside Compassion House Society."
Friday
13
January